The phrase Don't mess with Texas is not merely an anti-littering public service announcement, it's also a well-protected way of life. 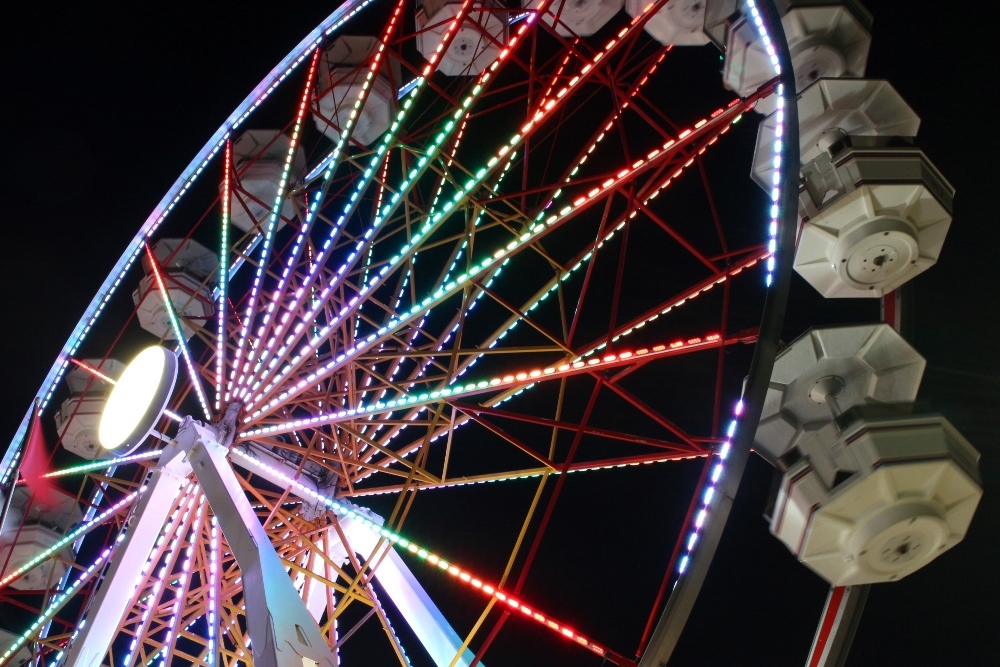 Reach for the stars.

Sally Ride became the first American woman in space as a crewmember of NASA's Space Shuttle Challenger when it launched for its second mission on June 18, 1983. At 32 years of age, she was also the youngest American to ever make this type of heroic flight and subsequently became a national symbol for the ability of females to break barriers. With one of the two elementary schools bearing her name being located in The Woodlands, Texas, her advocacy toward careers in STEM (science, technology, engineering, and math) continues to be encouraged. Sally Ride Science, the company she cofounded in 2001, has also provided entertaining science programs for children, and her lasting legacy still inspires young students, especially girls, to soar to new heights.

What We Did | Riding High

Our own exploration of the Gulf Coast region boosted us 230 feet above the ocean water below as we whirled through the moonlit sky and enjoyed panoramic island views from the Texas Star Flyer, the tallest swing ride in Texas. The newly-built Galveston Island Historic Pleasure Pier amusement park is part of the Landry's chain of entertainment venues that also includes the Downtown Aquarium in Houston and the nearby Kemah Boardwalk which is home to fabulous waterfront restaurants, shops, festivals, and of course thrilling rides. 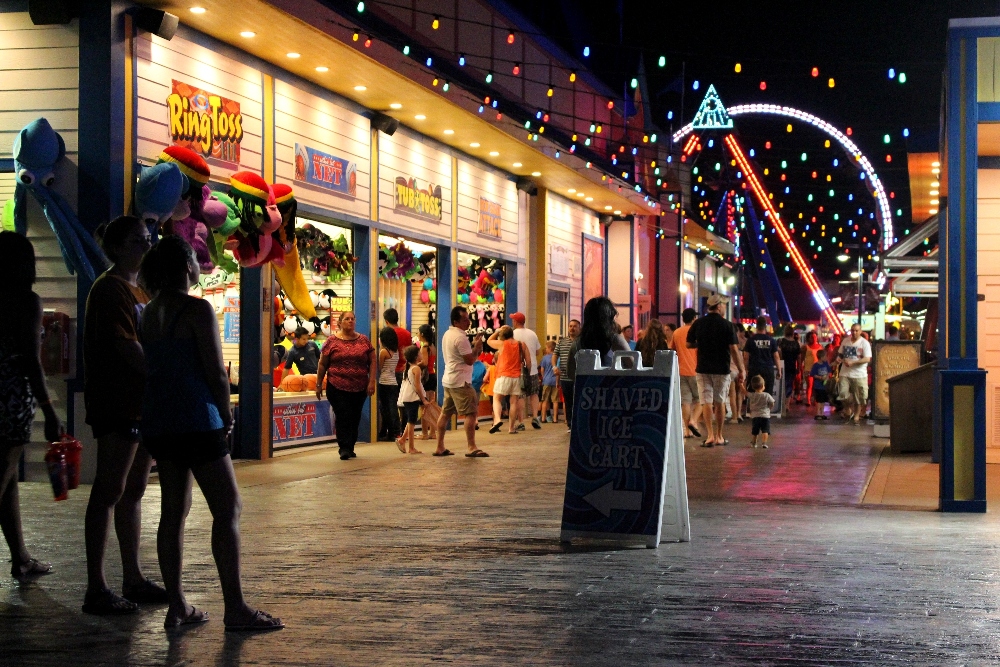 Just up the highway, Space Center Houston features artifacts, exhibits, tours of NASA Johnson Space Center, and weekly discussions by real astronauts; however if you'd like to experience weightlessness for yourself, you might try indoor skydiving at iFLY Houston. The city's illustrious 19-institution Museum District, one of the top cultural districts in the country, features works of art by some of history's most influential artists like Warhol, van Gogh, Picasso, and more which are on display at the 300,000 square-foot Museum of Fine Arts, Houston and as part of the 15,000-piece Menil Collection.

Discover the city's holy grail of shopping at The Galleria or head over to Highland Village, Uptown Park, or Tootsies for high-end fashion finds. Alternatively, visit the Kuhl-Linscomb design and lifestyle store or Forever XXI in the downtown GreenStreet development where you will also find Lucky Strike Lanes and live music at the House of Blues and Pete's Dueling Piano Bar. 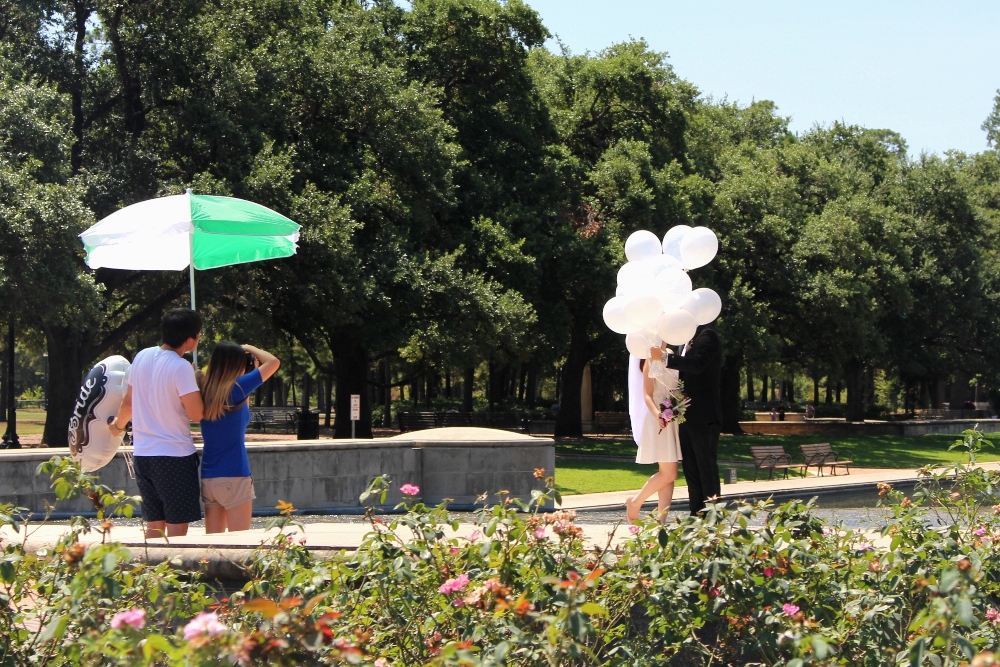 Where We Ate | Upscale American

Start your day with an Orange Julia at Tiny Boxwood's on the beautiful grounds of Thompson+Hanson Nursery or by lounging on the legendary patio of New American bistro Backstreet Cafe where their brioche French bread is covered with bananas, Nutella, caramel sauce maple syrup, and crushed candied peanuts. Paulie's, developed by one of the first families of Houston food, is a popular restaurant to stop by for a sandwich at lunchtime; and Petite Sweets is a great place to grab an afternoon macaron or two.

If you choose to channel your inner artist with a relaxing painting class over at Pinot's Palette however, we recommend dinner at the nearby Boheme Cafe & Wine Bar or at Max's Wine Dive where your fried chicken and champagne pairs very nicely with rock music from the jukebox. Dinner at the AAA four-diamond Tony's, a high-society place to be seen, is about as upscale as it gets in Houston as they offer impeccable service and exquisite dishes artfully presented including a dessert souffle that we considered divine. 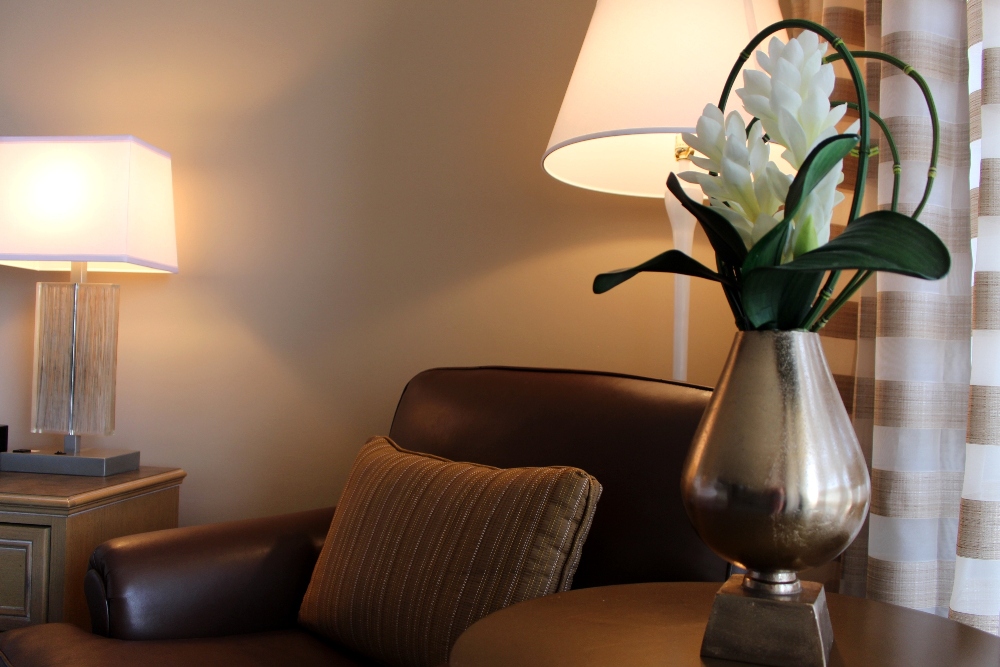 How to Relax | Island Resort

For one more night beachside however, we made a swing down to Galveston Island via the Port Bolivar ferry and checked into a lavish VIP-level suite on the top floor of The San Luis Resort, Spa & Conference Center. From our furnished outdoor balcony facing Seawall Boulevard, we enjoyed coastal views and the sound of waves crashing against the adjacent shoreline before we headed down poolside to the H2o Ultra Lounge near the shaded private cabanas. 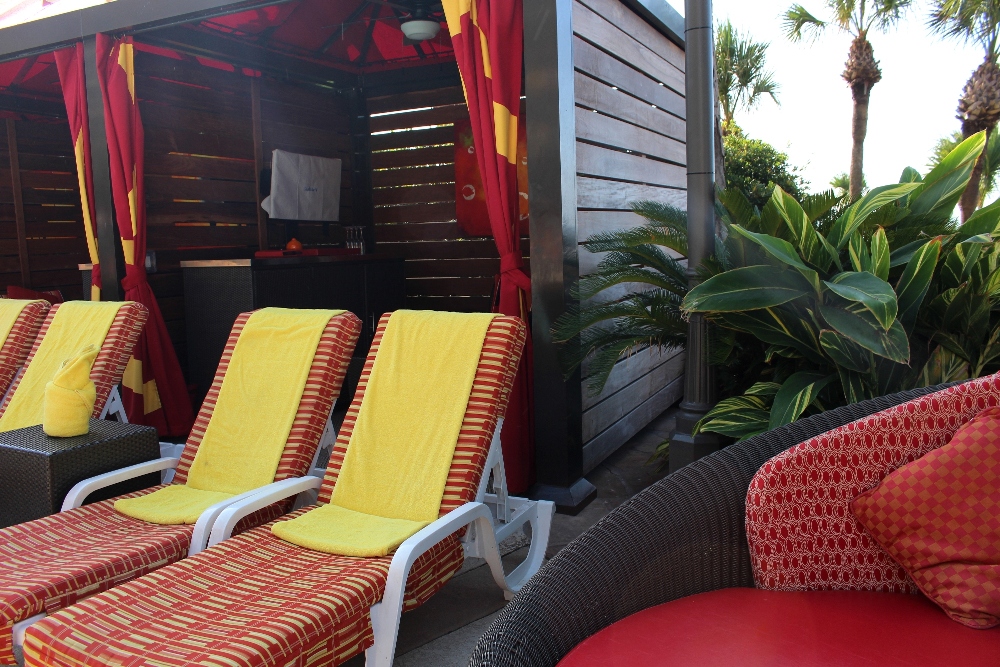 When to Go | RodeoHouston

The Houston Livestock Show and Rodeo, locally known as RodeoHouston, is not only the world's largest livestock show, but it also hosts three weeks of live performances by some of the biggest names in country music. HLSR benefits youth, supports education, and facilitates better agricultural practices through exhibitions and presentations prepared for over 2 million people who attend the event annually.

Why to Visit | Vision

As you wave goodbye to the forward-thinking metropolis of Houston and begin driving north on I-45 toward Dallas, take note the huge 67-foot statue of American politician and Texas hero Sam Houston, a key figure in the establishment of the state itself. This monument is the world's tallest statue of an American hero and can be seen from up to 6.5 miles away.

Then be sure to grab some snacks in Madisonville at the wildly popular Buc-ee's, an oversized local favorite convenience store known for its particularly clean facilities and humorous beaver-related ad campaigns. But when you're finished with that bag of beef jerky, trail mix, or sweet buttery corn puffs known as Beaver Nuggets, don’t even think about throwing trash on the highway because Don't mess with Texas is not merely an anti-littering public service announcement, it's a well-protected way of life. 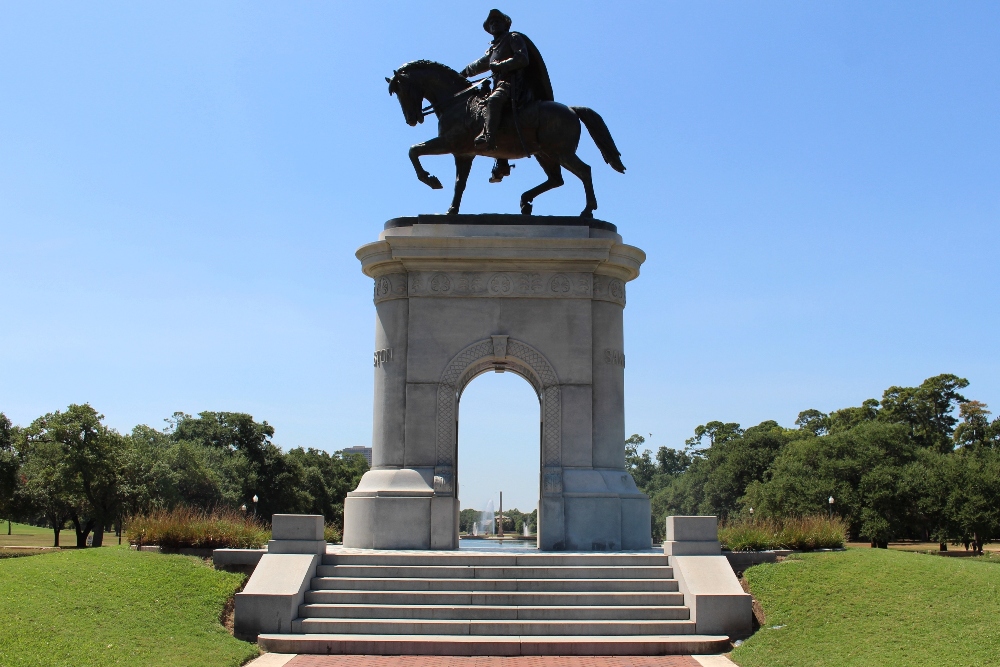 The Toyota Avalon offers a complete approach to vehicle safety and continually kept us safe and sound over the course of the entire road trip, even in a number of disconcerting scenarios that occurred around us. When a skateboarding teen absentmindedly glided across a parking lot as we began backing out of a space, the rear cross-traffic alert signaled us to remain in place. When a long line of freely flowing traffic suddenly came to an abrupt halt in the middle of the highway, the dynamic radar cruise control which works in conjunction with the pre-collision system automatically applied the brakes instantaneously. And when we watched as a utility vehicle on the opposite side of the highway crashed violently into the concrete median right in front of our eyes, we were untouched and unscathed yet immensely grateful for the Avalon's ten airbags, whiplash-injury-lessening seats, and emergency roadside assistance with automatic collision notification should we ever be in a position to need Toyota's 24/7 call center. 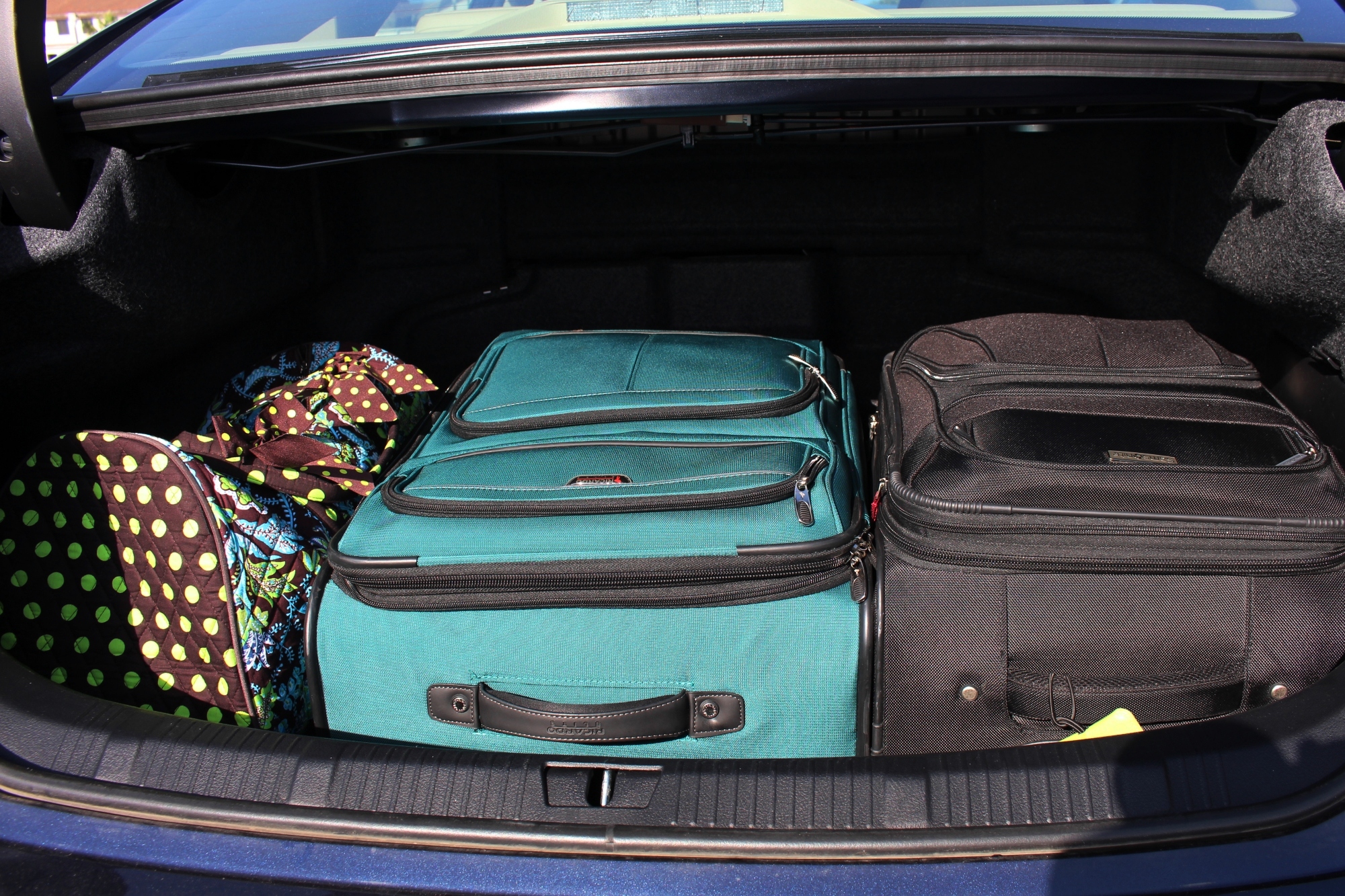 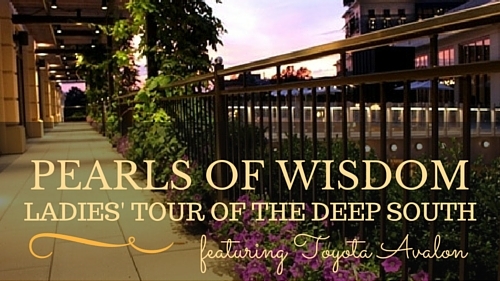 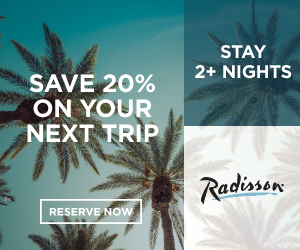 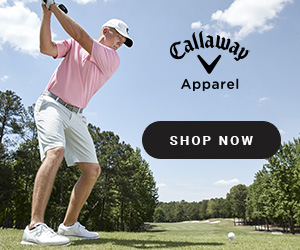